Cosmosaurus was created as a group project for the Cinematics Class at IGAD over 21 weeks.
We made a short cartoon starring a dinosaur who wants to go the moon.
For this project I worked on the environment by designing it and creating all of the vegetation,
later I moved to the position of Animation Lead and worked on the animations in over half the scenes.


More information about this project can be found at:
http://www.cosmosaurus.eu/​
​For the environment I designed and blocked out the area where cosmo builds and launches his rocket.
This design was later used to create the masterscene used in the final result.
After I finished with animations I worked some more on the backgrounds for each of the scenes to create a consistent background with a proper composition for each individual scene. 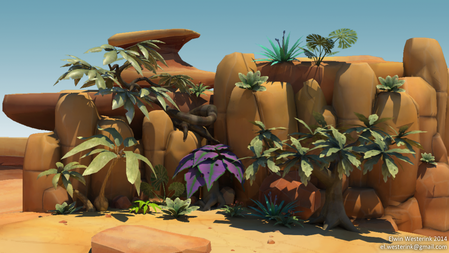 ​One of the main areas I worked on was vegetation.
To spice up the otherwise dull looking desert environment I created a variation of different plants of all sizes.
We used contrasting colours on some of the plants to create highlights and variation in the environment. 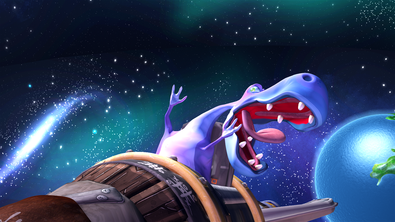 Below are three examples of scenes I did most of the work on.
For a full list you can check my page at the cosmosaurus project website
http://cosmosaurus.eu/elwin-westerink.html